The Rise of Asia in the Global Business World 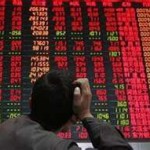 There was a time in history that many Asian countries were under colonial rule.  Only a few managed to maintain their independence as the European powers then tried to prevail, sometimes to the extent of using extreme pressure.  Even then, the countries of Asia whether under colonial rule or not, have exhibited great potential as trade partners.

Asia has not been spared from both natural and man-made disasters that have time and again threatened economies to the brink of collapse.  It is to the credit of Asian countries that they are able to survive and restructure themselves towards recovery.  Today, Asian countries are not only surviving as most are actually booming.  This has not escaped the watchful eye of the Western world.

The extent of recovery and growth that is happening in the region has made Asia a force to reckon with in the business sense.  Aside from having the numbers since almost half of the world population is found inAsia, local businesses have become more competitive and are actually being able to penetrate the global market.  This competitiveness is creating a dent on markets that were once monopolized by the Western world.

As businesses grow on both the Western and Asian side, the people that make up each side are focusing not only on improving skills and adding knowledge but also in establishing better relations with each other as foreign business partners.  The Western world can no longer afford to treat their Asian counterparts as subordinates for clearly, Asia has become its own.  There is no question that Asia intends to pursue its business objectives.  The growth of the Asian market opens up business opportunities to Asian entities who wish to transact with foreign markets as well as non-Asian entities that are looking into penetrating the Asian market.

Franco is a foreign language enthusiast with great interest in developments in the Asian market.  He has recently finished studying Thai at Language Express School Thai Language School as part of his goal to learn all Asian languages.