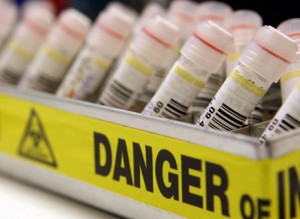 If you think that the swine flu pandemic is over and done with, then you should think again! The swine flu, or H1N1, virus is still around and it seems that it continues to be a cause of concern. As a matter of fact, federal officials released a statement on Monday to the effect that small business owners should prepare for the scenario wherein their employees might be affected by the virus.

As we usher in fall, the Department of Homeland Security warns that many more people might contract the virus, and since about half of the workers in the private sector are employed by small businesses, this is a pressing matter. Janet Napolitano, chief of Homeland Security said:

“They play a key role in protecting the health and safety of the country but also their own employees and also helping us limit impact of an H1N1 pandemic on our economy and our country.â€

The Department of Homeland Security has released a guidebook with the aim of helping small businesses prevent complications arising from swine flu infections. In addition to this, the guidebook also helps with coming up with contingency plans in case staff members do contract the virus. Some examples include allowing employees to work from home, carrying out operations with leaner staff, and so on.

While there is no indication that the swine flu problem will take a turn for the worse, the CDC is preparing itself for whatever may happen. It is but logical that small business owners do the same.