Finger Pointing Time or Deliberation of Facts for Bush

Iraq has been long in the headlines and to date, the Iraq war policy shall be put under close scrutiny soon and President Bush knows it all too well. Among the expected highlights would be that of placing the blame on Osama Bin Laden for defense of the said policy, something that is perhaps seen to come in automatically to justify the claims. 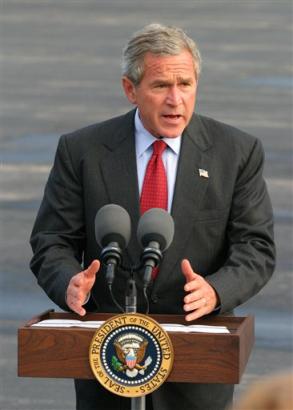 The Iraq-US war seems to be endless and despite such policies which mostly states offensive strategies and security measures among such, will definitely be storming the headlines in the politics section of most newspapers and publications in the next couple of weeks.

President Bush has solicited the tag of putting the entire issue on a personal level. While many can understand why, the issue of using the US troops as his pawns with nothing relevant to gain has been questioned time and again. At this stage, it will not be surprising if such an address would solicit the same reactions as well.