7 soldiers including a translator were killed in Baghdad during separate attacks, further adding the death toll count of casualties that have been claimed by the ongoing Iraq war crisis. It seems that whenever anything is associated with Iraq, the returned phrase would either be bombs or killed soldiers. Ironically, most of the soldiers are Americans and this will obviously be another headliner in the news for the American society. 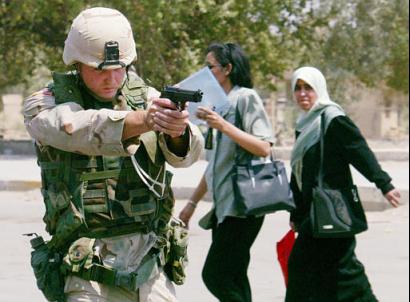 Many steps have been taken to try and remedy the situation but unless the United States group starts to fix its act, the death toll will continue to rise. Internal conflicts of the US government have been the obvious cause for delay of resolving the problem, with President Bush among the key figures that are among the stumbling figures regarding the matter.

Unless they get their act together, more lives will be taken. Hopefully it will all be put to a stop. Considering the squabbling and unstable method of resolving the issue, it is still unlikely to happen at the moment.