Financial awareness is, for many first time business owners, a first step into the real world. If you have never wondered how you will keep your business’s lights on and the doors open, when the money just is not coming in fast enough, then you are still quite unfamiliar with what financial awareness is really all about. Great business men and women learn the most from their trials in the trenches when the money simply is not there to advance their cause. The initial terror of not knowing what to do is a genuine wake up call for anyone who seeks true business success. It is enough to make uncertain business owners wish that they had simply passed the Finra-exam and went to work for some other corporation; thus leaving the worries of how to keep a business afloat up to someone more suited to stomach the often brutal financial punches. 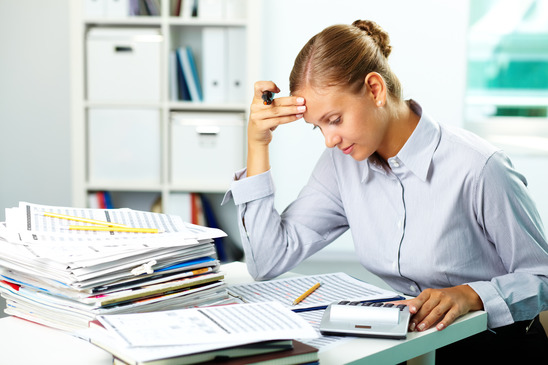 People who try to operate a business on the same lazy financial accounting principles they use with their own checkbook at home generally find themselves up a creek without a paddle. Yet, more business owners than one might care to mention get cornered by this approach. Not mindful of how much money is flowing in and out of their business, or even where that money is going, leads to accounting issues that easily drives their business into the ground. Since this situation often involves more money being mismanaged than they deal with in their home finances, this makes recovery from such a huge financial disaster even that much more difficult and traumatic.

Why Most Will Fail

According to an article in Forbes, 80-percent of all businesses fail within the first year and a half of being in business. Although most people will not want to admit the obvious, the deck is stacked against the majority of business owners surviving their own long-term financial projections. When the person running the business has no solid financial sense and awareness, this makes the meltdown occur more quickly. In the interest of carrying out a plan for genuine business success, the old rule of establishing five year projections for how a company will stay afloat financially is clearly too conservative to stave off the current onslaught of failed businesses. It is enough to point out that if a company does not have the reserve funds to sustain itself for eight-years, then it would likely be better to put that money into some alternative investment rather than sinking it into a shaky upstart.

If one still believes they have the ability to sustain a business over the long term, then success will depend on two aspects of financial awareness. The first aspect is to accurately plan out your business’s long term financial projections. The second aspect of this strategy is to follow this plan to the letter, accounting for every penny earned and spent along the way. In the first step, what is required in terms of funding must be generously over estimated to leave room for unforeseen financial problems over the course of operation. The second step of this plan is relatively easy, but it requires dedication to stick to the long term projections and remain strictly within budget. Financial awareness helps experienced business owners commit to such a plan, but others are tempted to be far more reckless with the company funds, often stranding their business without sufficient funds to operate along the way.