The Battle of Black Friday 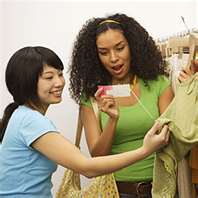 Thanksgiving Day is a national holiday bearing religious significance which is usually celebrated on the fourth Thursday of November in the US.  For the past years, more and more consumers have been looking forward to the day after Thanksgiving for a chance to take advantage of deep discounts offered by retailers across the country.  This day known as Black Friday signals the start of the Christmas season.  The explanation for the term is related to an accounting practice in which red ink indicates a negative amount or loss while black indicates a positive amount or profit.  Thus, this day is an opportune time for businesses to be “in the black” because of the unusual willingness of shoppers to spend which they justify with the slashed prices.

Big-named retailers have already laid down their strategies for the purpose of getting the largest share of these willing spenders.  Apparently however, online merchants have their own plans as well to get their share, placing special interest on shoppers who wish to avoid the aggravation of falling in long lines.  In fact, they are eyeing the possibility of grabbing the sales from consumers who are already in line in crowded retail stores by making available mobile-only deals which they can take advantage of through their mobile devices.  The aggressive promotion of online merchants are causing traditional retailers to fight back by preventing price comparisons  in opting not to display standard bar codes as in the case of Best Buy and through much earlier opening times.

The move has met considerable negative reaction because of the earlier time that will definitely cut into Thanksgiving Day itself.  It remains to be seen what the Battle of Black Friday has yet to unleash this week.