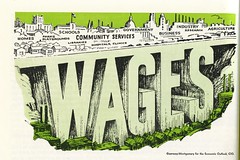 In February 2012 Indiana passed right to work laws becoming the 23rd state in the country to prevent union security agreements in order to cultivate a more welcoming business environment. Unsurprisingly, Indiana Economic Development Corporation’s web site thinks that the state is one of the best places to work. However, they back this up with statistics showing that Indiana is the best state for doing business in the Midwest and ranks fifth in the nation as of May 2012. This is over three months after passing the right to work law. Furthermore, the Tax Foundation’s 2012 Business Tax Climate Index showed that Indiana ranked first in the Midwest and 11th nationally for doing business within the state.

The Right to Work laws are definitely controversial. Some say that implementing a right to work law will lower wages within the state while others say that it will bring more business into the state.

The right to work law is not a law that says everyone has a right to work. Rather, it is a law stating that if a person does not want to pay union dues, he or she does not have to pay the dues and can still take advantage of the benefits of the union.

Right to Work opponents argue that more people will drop out of unions, which would mean that the unions would not have as much power. Without their power, opponents fear that unions will not have the ability to force higher wages for people. If wages drop, opponents argue, more low-paying jobs will enter the state, thus decreasing the state’s sustainability.

Those that favor the right to work law argue that the state will attract more businesses, which will bring more jobs for people. They also argue that the wages are not much lower than union wages and wages will not drop.

The problem with union wages is that when a union forces a company to pay its employees higher wages, that company must increase the price of its end product to cover the higher wages. Because people are not forced to purchase products or services from one person, they can go elsewhere to find the product or service for a lower price. This, argue proponents of the right to work law, could force some companies out of business.

With the right to work laws, this makes the state even more attractive for setting up a new business. To top it all off, the state’s Gross Domestic Product increased by 4.6 percent in 2010, putting it at almost twice the national rate of 2.6 percent, thus giving Indiana the third highest growth rate in the country, according to the U.S. Bureau of Economic Analysis.
With the cut in taxes and the high GDP, Indiana is already an attractive state to start a business. With the right to work law — Indiana is the 23rd state to enact such legislation — the state becomes even more attractive.

An economics policy analyst at Heritage Foundation said that free trade and deregulation created a more competitive economy, and also says that if unionized companies raise wages, people will buy products or services elsewhere. However, the Economic Policy Institute argues wages are lower in right to work states — as much as $1,500 per year, and that wages for unionized and non-unionized workers are 3.2 percent lower in right to work states.

Indiana’s statistics show a different picture than the one the Heritage Foundation portrays. Since Indiana is now a right to work state and is one of the best places to work, it seems that right to work legislation may increase a state’s financial standing, provide work for people and stimulate the economy. 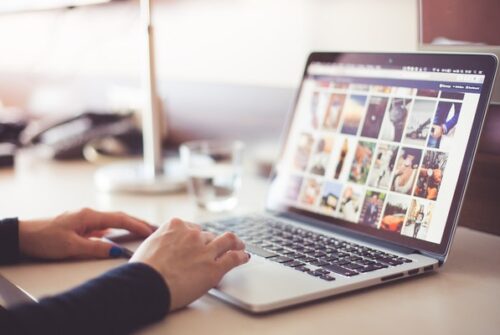