Does Blogging Make For Better CEOs? 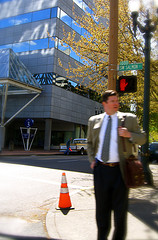 If the article that Report On Business published over the weekend is to be believed, blogging indeed adds a certain something to being a good CEO. However, statistics show that only a small minority of CEOs of the Fortune 500 companies have taken up blogging. Socialtext lists only 54 Fortune 500 CEOs who are blogging.

So why should CEOs blog? Take Jim Estill, CEO of a Canadian company. His company was taken over by Synnex Canada Ltd several years ago. At that time, he felt (and rightly so) that he was merely a name to his new employees. They knew nothing about their new boss. So he took it upon himself to take steps to change that and he chose blogging as the medium. Beginning with that simple reason, Estill started blogging and is now, perhaps, one of the most popular CEO bloggers in the country. What started out as a means to reach out to his new employees is now something that reaches out beyond his company. His employees, customers, vendors, and people not even remotely linked to him are now his readers.

Jim Estill is not alone. There are many CEOs out there who are into blogging. And they all say that they are better CEOs for it. However, if this is really the case, why arenâ€™t all CEOs blogging? I suppose there are many issues, one being legal concerns. Another thing is that it takes time â€“ something which not many CEOs have. The bottom line â€“ understand what blogging can do to make you a better CEO and better your company as well. Then decide if it is for you.