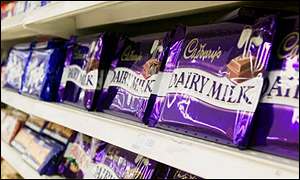 It has been some time and having gotten some links to articles pertaining to this Cadbury chocolate issue, I realized that this is can be considered the darkest hour for any company who has made a name for itself and has established a very strong brand personality towards the consumer market. All over the world, Cadbury chocolates is a familiar brand that most people are familiar with and brand reliability is surely something that will help build on its aggressive brand marketing awareness programs and schemes.Â

Leaking reports of an environmental lapse on the part of the chocolate manufacturing giant have made people thinking on their personal welfare and their health concerns. Although it was specified that only some particular chocolates, mostly the pure milk chocolates which were distributed towards some parts of the globe, were believed to be infected with a harmful chemical toxin, known as Salmonella, something that can make any person sick or suffer certain illnesses such as fever and diarrhea. For people, although their regions may not be included, or their preference for such Cadbury made brands are not among the ones enumerated, the fact remains that the base product which is chocolate is the key ingredient in making the whole consumer product.Â

The running knowledge of such is something that will definitely be implanted in the minds of their loyal market following, and such will be a big test on how reliable the Cadbury brand is to the long endorsing chocolate consuming people. In a couple of months, although the Cadbury management team has silently but effectively squelched all rumors surrounding this issue, the power of the Internet is still great and the passing of information cannot be discounted. Whatever the case may be, Cadbury Limited is still up and about, and is still taking on all takers who are waiting for the chocolate making corporation giant to tumble and fall.