Another Clinton for President?

Senator and former first lady Hilary Clinton has made it official that she is running for president in the next US presidential elections. And to make the declaration no fluke, Hilary Clinton made it clear that she is in it to win and not to play around. 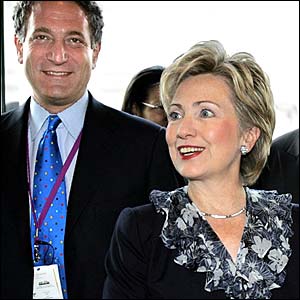 The United States has never had a woman to act as their president and this could be counted as among the motivating factors that has led to the former first lady to take on the challenge. Additionally, she would be the first spouse to win the presidency, being the wife of former President Bill Clinton who served his term some years back.

With this declaration, the race for the coveted presidency has become crowded since a lot of political figures have already made good their intention of running as well. Among the other hopefuls include, Sen. Barak Obama, New Mexico Gov. Bill Richardson, Sen. John Kerry and Sen. John Edwards to name a few. Nothing looks to be definite and anything can happen until the actual elections are held.